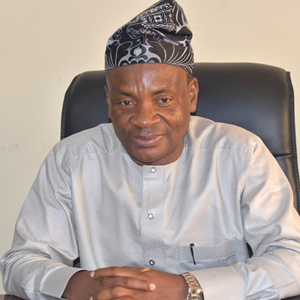 Mr. Adoyi John Ochigbo was born on 23rd January, 1966 in Ichama, Okpokwu Local Government Area of Benue State. He had his Primary Education in Saint John’s Primary School Ichama Centre, Benue State from 1970 – 1976 and his Secondary Education in Emmanuel Secondary School, Ugbokolo, Benue State from 1976 – 1981. He proceeded to the famous University of Jos, Plateau State where he obtained B. Sc. (Honours) Degree in Geology and Mining with Second Class Upper Division in 1987. He completed M.Sc. Course Work in Soil and Water Management at the University of Agriculture, Makurdi and currently undergoing a Masters Degree course in Integrated Water Resources Management at the Nigerian Defence Academy, Kaduna.
2. Mr. Ochigbo was the First Prize Winner of the 1988 NMGS-Mobil Earth Sciences Award for the best Undergraduate Thesis in Geology in Nigeria and the winner of Dr. M.T. Hossain maiden Memorial Award for the best undergraduate Thesis in Geology and Mining, University of Jos (1987). While in the University, he was also an Executive Member of the Nigerian Association of Geosciences and Mining Society (NAGAMS), University of Jos Branch. He satisfactorily completed his National Youth Service in 1988 in Ogun State.
3. Mr. Ochigbo started his working career in the Federal Civil Service with the Federal Ministry of Water Resources in 1989 as Hydrologist Grade (I) where he acquired vast experiences, competencies and skills which cut across Hydrology, Hydrogeology, Water Resources Planning, Dams, Reservoir Operations, Hydropower and River Basin Management.

4. He was appointed Acting Executive Director (Operations) and later Acting Managing Director of the Lower Benue River Basin Development Authority, Makurdi from August 2008 – January 2011. He is currently the Director, overseeing the 12 River Basin Development Authorities from the Ministry’s Headquarters, Abuja since August, 2017 from where he is promoting the Honourable Minister’s vision for Integrated River Basin Management practices at the Catchment Levels in Nigeria.

Small Hydropower Plants; Former Chairman, NICOLD Technical SubCommittee on Dam Safety and Public Safety Awareness; currently the Chairman, NICOLD Technical Sub-Committee on River Basin Management and Dams; Ministerial Technical Experts Committee on Job Creation & Empowerment of the Federal Government for lifting 100 Million Nigerians out of poverty in the next 10 years; Steering Committee of World Bank – Assisted Project for Transforming Irrigation Management in Nigeria; and Technical Steering Committee of Experts of the Niger Basin Authority (NBA), Niamey since 2015 till date.
6. The Officer is currently the Representative of the Ministry on the Governing Board of the National Directorate of Employment (NDE), Board of Nigeria Geological Survey Agency (NGSA), Board of Nigeria Hydrological Services Agency (NIHSA), Board of Upper Benue River Basin Development Authority, Yola and the Board of the Regional Centre for Integrated River Basin Management under the auspices of UNESCO Category – 2.
7. He is widely travelled and in the course of his working career, he attended several workshops, seminars and trainings both within and outside the country.
8. The Officer has been an active member of many Professional Bodies including the Nigerian Association of Hydrogeologists, Nigeria Mining and Geosciences Society, Nigeria Hydrological Sciences Society, Nigeria Committee on Large Dams (NICOLD), International Commission on Large Dams (ICOLD).

9. The Officer exhibits exemplary performance and high sense of honesty in the conduct of his official duties which earned him various commendations as well as Award for meritorious service by the Association of Federal Establishments. He is a Fellow of the Nigerian Association of Hydrogeologists as well as a Fellow of the Institute of Supervision & Leadership.
10. Mr. Adoyi John Ochigbo is married with Children.