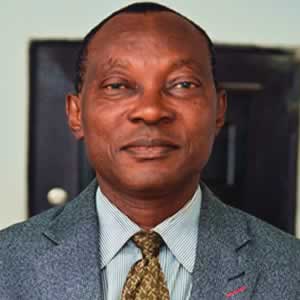 He attended Holy Trinity Transferred School Lokoja, between 1970 and 1975 for his first School Leaving Certificate after which he proceeded to Titcombe College Egbe, Kogi State between 1975 and 1980 for his West Africa School Certificate. He attended University of Ilorin from 1982 – 1986 where he graduated with a Bachelors of Arts (Hons) Degree in History. He also acquired a Masters in Public Administration (MPA) Degree in 1992 from University of Ilorin.