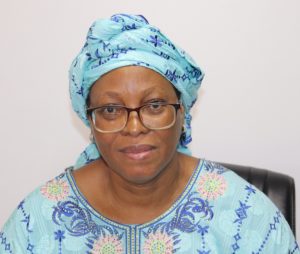 Director Finance and Account, was born 30th January, 1965 in Lagos.

She attended Salvation Army Primary School in Lagos between 1970 to 1976 for her first School Certificate, she proceeded to Ansarudeen Grammar School for Secondary School in Lagos from 1976 to 1982, She attended Yaba College of Technology, Lagos from 1983 to 1988, where she graduated with a Higher National Diploma in Business Administration. She also acquired a Masters in Business Administration in 2016, FCNA 2011 and CPA in 2006.