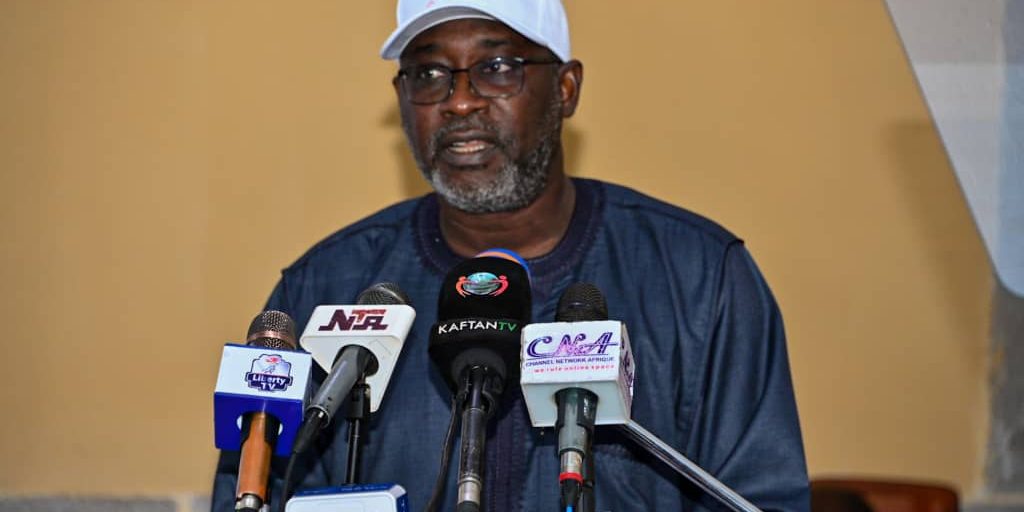 The Federal Government has restated its’ commitment to end Open Defecation in Nigeria by target date of 2025.

The Minister of Water Resources Engr. Suleiman H. Adamu, FNSE, FAeng quoting from the Secretary General of the United Nations message on World Toilet day 2021 ‘ *Life without toilet is dirty, dangerous and undignified* ’ affirmed the Federal Government’s commitment to ending open defecation during the World Press Conference on the World Toilet Summit held on Thursday 27/10/2022.

Engr. Suleiman reiterated thus, “this World Toilet Conference has become imperative to bring us up to speed as preparations are on for Nigeria’s hosting of the World Toilet Summit on 18th – 19th November, 2022. Acording to the Honourable Minister, this is a global event which will provide an excellent opportunity to bring greater visibility to the issue of ending Open Defecation in Nigeria and is expected to enhance Nigeria’s capability to be better equipped towards meeting the target of ending open defecation by 2025”.

The Minister disclosed that presently 85 Local Government Areas have been certified Open Defecation Free and that Jigawa State is the first State to be Open Defecation Free. He said “as of today we have 85 Local GovernmentAreas certified open defecation free. It might interest you to note that Jigawa State has blazed the trail as the first State to become ODF”. He informed that the Jigawa State Government deserved commendation for their dedication to the work of becoming ODF while also commending the Clean Nigeria Campaign team and UNICEF for their steadfastness to the campaign.

According to the Minister, 2022 World Toilet Summit would be a gathering of Stakeholders, NGOs, Development Partners and high level Decision Makers to better strategize and address Sanitation challenges and proffer solutions that would help to resolve issues around Open Defecation.

Furthermore, he stated that “It is noteworthy that the Federal Government of Nigeria has demonstrated commitment at the highest political level to the Water, Sanitation and Hygiene (WASH) Sector in Nigeria through various initiatives like the Presidential declaration of State of Emergency in the WASH Sector, the National Action Plan for revitalization of the WASH Sector 1(2018), Partnership for Expanded Water Sanitation and Hygiene (PEWASH) programme Strategy (2016-2030), Clean Nigeria: Use the Toilet’ Campaign (CNC), and the Sustainable Urban and Rural WASH project (SURWASH), amongst others”.

He further explained that significant huge potentials abound from Sanitation when it is delivered as a service which would encourage the creation of Sanitation products, building of Toilets, establishment of Mega Utilities, Treatment plants, Medium and Small Entrepreneurs at the Community level, this according to the Honourable Minister would assuage the spread of diseases whilst providing a leverage on Private Sector Professionals and Investment capabilities.

The Honourable Minister informed that Nigeria is the second African Country to host the Summit since it was instituted in 2013 after South Africa being the first.

The Permanent Secretary, Federal Ministry of Water Resources, Didi Walson-Jack, MCIPM, mni speaking earlier said that the World Toilet Organization (WTO) on 22nd February, 2022 announced the selection of Nigeria as the host Country of 2022 World Toilet Summit. She noted that this opportunity was expected to enable participants, exhibitors and other stakeholders in the water and Sanitation sector to have a wide range of discussions within the sanitation value chain.

According to her “The Conference will spur a robust interaction with journalists for the expansion of the media landscape on sanitation support systems, building and sustenance of political will, multi- stakeholders collaboration, and increase awareness of the entire populace towards building a new culture of safe sanitation. This in turn will promote our collective effort to end open defecation in Nigeria by the year 2025”.

The Conference witnessed ‘Goodwill messages’ from the founder of the World Toilet Organization, Mr Jack Sim who joined the Conference virtually from Singapore, as well as UNICEF, other Stakeholders and Development partners, Coordinator OPS-WASH, Coca-cola, Reckitts (producers of Harpic product) were physically present at event.