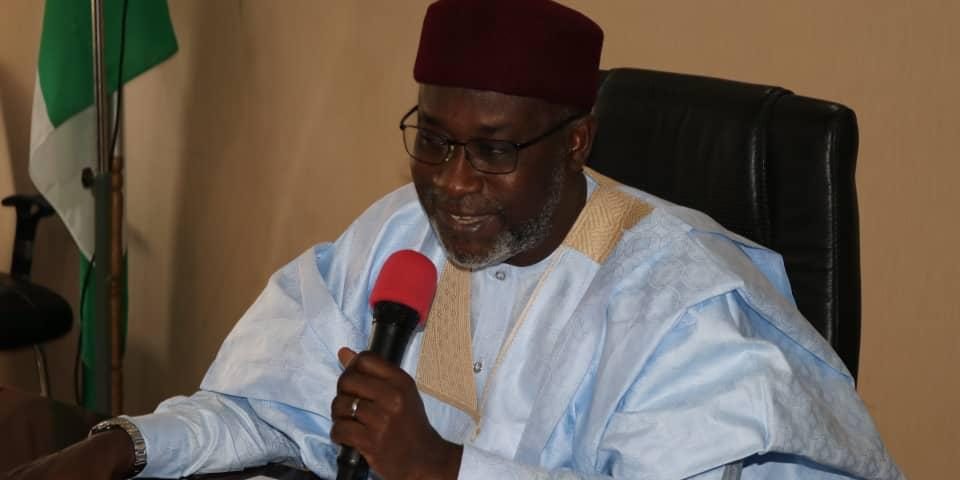 The Honorable Minister of Federal Ministry of Water Resources Engr. Sulieman H. Adamu FNSE, FAENG has reiterated the commitment of the Federal Government to Ending Open defecation in the country and urged for “collaboration among all critical stakeholders to be strengthened in any way possible so that the desired result can be achieved.

Engr Adamu stated this in Abuja on Wednesday 14th September 2022 during a courtesy visit to his office by the Association of Local Governments of Nigeria ALGON Exco.

He revealed that In 2010, the United Nations General Assembly explicitly recognised the human right to water and sanitation as a global acknowledgment that access to clean Water, Sanitation and Hygiene (Wash) services are essential to the realisation of all human rights. According to Global and National health Authorities such as World Health Organisation(WHO) and the Nigeria Center for Disease Control (NCDC) safely managed Wash services, particularly hygiene, form an essential part of preventing and protecting people during infectious diseases outbreak adding that good hygiene practices are recommended as the first line of protection from infectious diseases.

The Minister URGED ALGON to provide a strong leadership for the implementation of Clean Nigeria Campaign in their LGAs and influence LGA leadership to have a staff team for ODF Campaign. The Honourable Minster also called for the establishment/Strengthening of LGA Water Sanitation and Hygiene (WASH)Department.

“It is necessary at this point to push for or commit funds for the existing Wash units towards ODF as well as Establishment of one where none exists”.

In her remarks, the Director General of ALGON Mrs Binta A. Bello pledged ALGON’s support to End Open Defecation saying that

“when we look at the percentage of LG that have participated so far, it is not enough and the possible reason why this is happening is because of the top bottom approach of the program, if we adopt the bottom top approach, I think the percentage will go up in the shortest possible time.

She further emphasized that there is no project in the country that will be successful without Advocacy and Sensitization of communities noting that, “if we start Sensitization from the grass root/ lowest level we will yield a positive result in no time”.

For: Director, Press and Public Relations