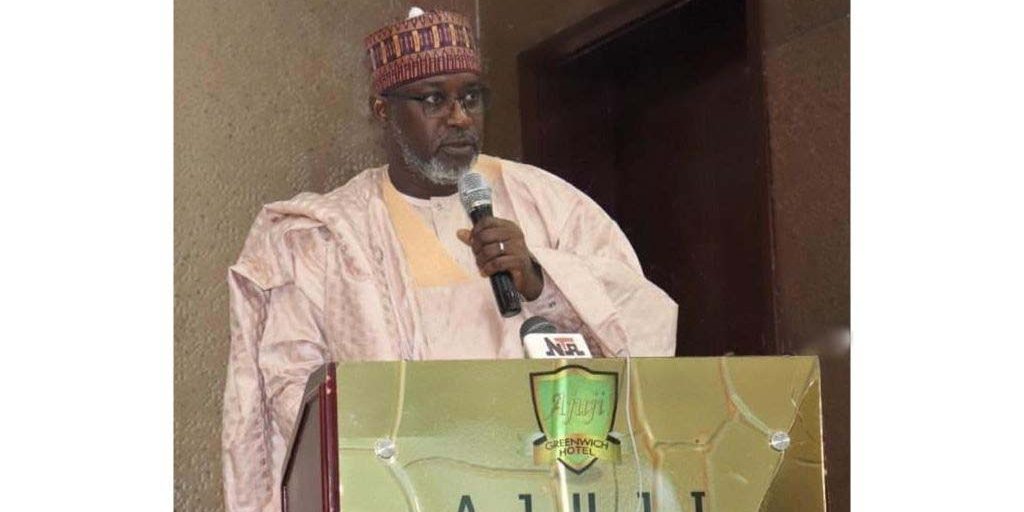 ON IMPLEMENTATION OF THE 2013 NATIONAL WATER RESOURCES MASTER PLAN AND NIGERIA’S ACCESSION TO THE UNITED NATIONS WATER CONVENTION.

I am delighted to address you on this occasion of the Sensitization Workshops on the 2013 National Water Resources Master Plan and Nigeria’s Accession to the Convention on the Protection and Use of Transboundary Water Courses and International Lakes also known as the United Nations (UN) Water Convention.

2.    I am pleased to inform you that this workshop is the last lap of the National Advocacy/Sensitization Workshop which has been carried out in the Six Geo-Political Zones of the Federation, in an effort to:

3.      Distinguished participants, as you aware, the first National Water Resources Master Plan was developed by the Ministry in collaboration with Japan International Cooperation Agency (JICA) in 1995; with the overall objective of optimizing the nation’s water resources as well as financial and economic investment opportunities in water resources development and management, agricultural production and food security.

4.      However, the implementation of the 1995 National Water Resources Master Plan fell short of expectations due to several factors including lack of political will, weak implementation structure, poor budgetary provision and appropriations, weak synergy between stakeholders and lack of adequate sensitization on the expected roles of the various stakeholders.

6.      To address these issues and ensure a more integrated and sustainable approach for the growth and management of the nation’s water resources. the plan was reviewed in 2013 with the support of the Japanese Government.  The revised 2013 Master Plan took into consideration critical issues such as:

7.      Ladies and gentlemen, the National Water Resources Master Plan is the compass for the development and management of the entire water sector.  All projects and programmes must align with the Plan.  It is therefore important that all stakeholders are familiar with this plan and clearly understand their expected roles.

8.      This special Workshop provides the opportunity for you to strategize on:

i.        the overview of the Masterplan and its implementation;

iii.      expected roles of the FMWR and line Ministries;

9.      Another important document that all stakeholders in the water sector must be familiar with is the “Convention on the Protection and Use of Transboundary Watercourses and International Lakes, otherwise known as the UN Water Convention”. You may recall that the 28th Regular Meeting of the National Council on Water Resources (NCWR) held in Abuja charged States and Local Governments to partner with the Federal Government to ensure successful accession to the Water Convention. On the 2nd day of this workshop, you will be sensitized on the need for Nigeria to accede to the UN Water Convention.

10.    During this Workshop, participants will be exposed to the numerous benefits of acceding to the Convention, its role in the implementation of Integrated Water Resources Management (IWRM) at all levels as well as transboundary cooperation.

11.    Amongst other things, the Convention as a legal document seeks to:

12.    As you are aware, there are two main surface water bodies in Nigeria, namely: the Rivers Niger and Benue which are transboundary in nature. Another transboundary water body is the Lake Chad shared by four (4) countries.  This is not peculiar to Nigeria as more than forty percent of the universal populations depend on transboundary waters for their livelihoods.   Therefore, adequate legal and institutional cooperation framework is essential in the management of these transboundary waters to ensure environmental sustainability, economic growth, and conflict prevention.

13.    It is pertinent to note that, the Convention contributes in no small measure to the achievement of Sustainable Development Goal 6 – “Ensure Availability and Sustainable management of water and Sanitation for all” especially target 6.5, which focuses on transboundary cooperation to implement integrated water resources management.

14.    Permit me at this juncture to highlight some of the salient recommendations arising from the workshops carried out in the Six Geo-Political Zones of the Federation. Participants at the workshops stressed:

15.    I am pleased to inform you that all stakeholders in the Six Geo-Political Zones of the Federation, gave their unanimous support to Nigeria’s accession to the UN Water Convention given the enormous benefits accruable to member states of the Convention.

16.    Let me assure you that the Ministry is poised to do all it takes to ensure a successful review of the 2013 Master Plan and facilitate Nigeria’s Accession to the UN Water Convention.  I therefore look forward to productive discussions during these workshops and timely recommendations to advance the cause and development of the sector.

17.    Before I conclude, let me inform you that the National Water Resources Bill has been re-presented to the 9th Session of the National Assembly.  I implore you to lend your voice to this process in the bid to facilitate the passage of the Bill for the betterment of our people.

18.    Finally, I sincerely express our profound appreciation to our Directors in the Ministry, line Ministries, Resource Persons, the Press and all other participants at this workshop for the untiring commitment towards positioning the sector for sustainable national development.

19.    On this note, it is my honour and privilege to I declare the workshops open and wish you fruitful deliberations.