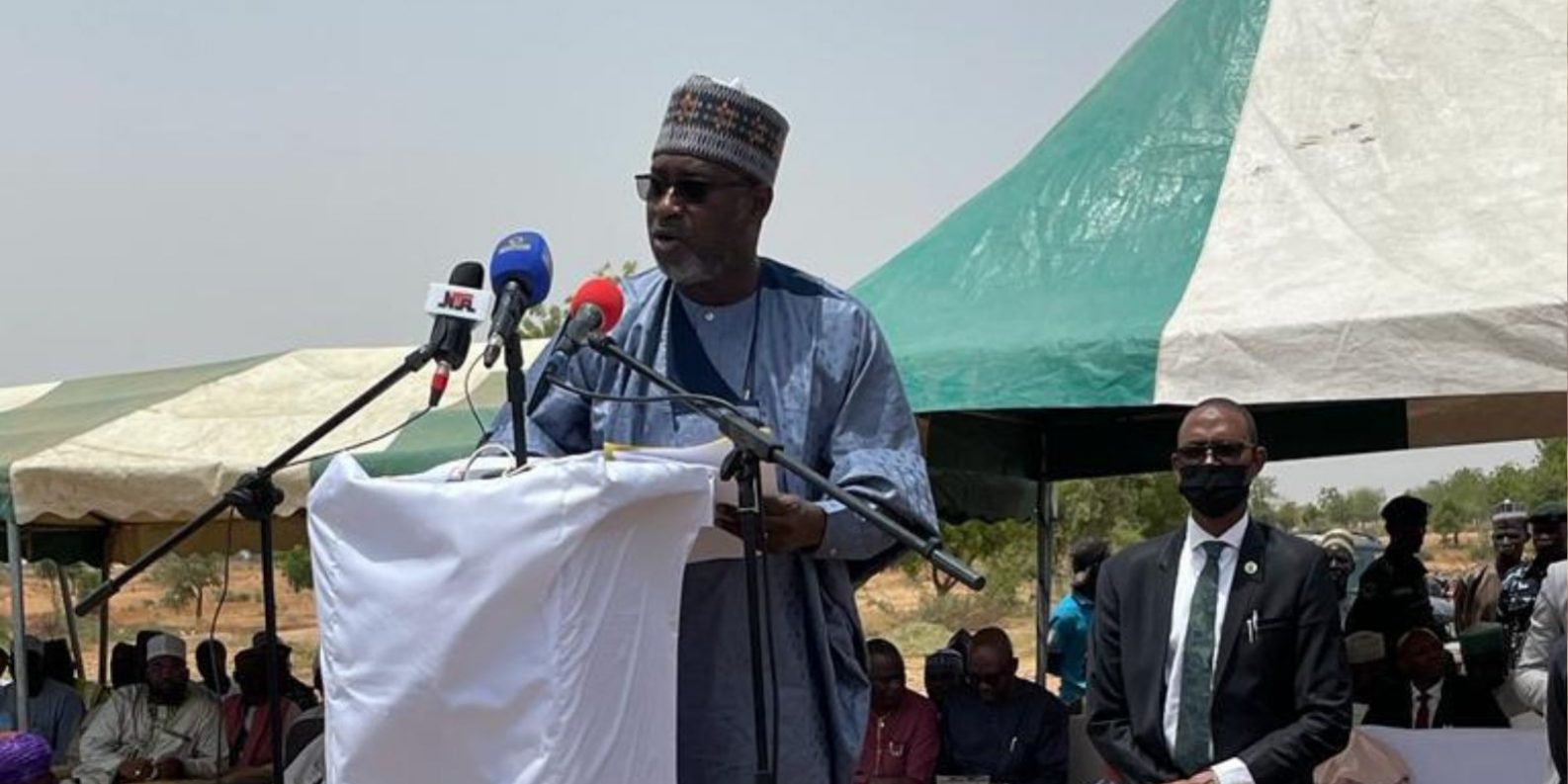 President Muhammadu Buhari  has successfully completed and commissioned the  33km rehabilitated Hadeija- Nguru Road, Phase II, as a critical component of the Federal Government’s National Road network, to link  Kirikasama-Nguru in Jigawa and Yobe States to connect the agrarian and trading communities together to ease movement of farm produce.

The President,  who was represented by the Honourable Minister of Water Resources Engr Suleiman H. Adamu, FNSE, FAEng, commissioned the road on Saturday,18th June 2022 at Birniwa, Jigawa State

President  Buhari noted that  his administration has  executed viable infrastructure development projects to promote investments and ensure ease of doing businesses in the Country, adding that the measure will further create jobs and lift people out of poverty.

He commended the dedication and commitment of engineers and workers  employed directly or indirectly who are responsible for the successful completion of the project, and added that “they are not only nation builders to whom we offer our salutations, they are also at  the heart of the Nigerian economy, the micro, small and medium enterprises that drive our economic growth.”

He urged all road users to ensure that they drive in accordance with the law as  stipulated in the Highway code, and reiterated that the maximum driving speed on this newly commissioned Highway and other Federal Highways nationwide is one hundred kilometers per hour.

Present at the Commissioning were the Deputy Governor of Jigawa State Alhaji Umar Namadi, the Representative of the Honourable Minister of Works and Housing, Mr Wasiu Adetayo Director Highway in charge of North-West Zone, the Chairman of Jigawa State Council of Chiefs and other dignitaries.

Highpoint of the occasion was the declaration of the Hedeijia- Nguru Road as complete and open for public use.