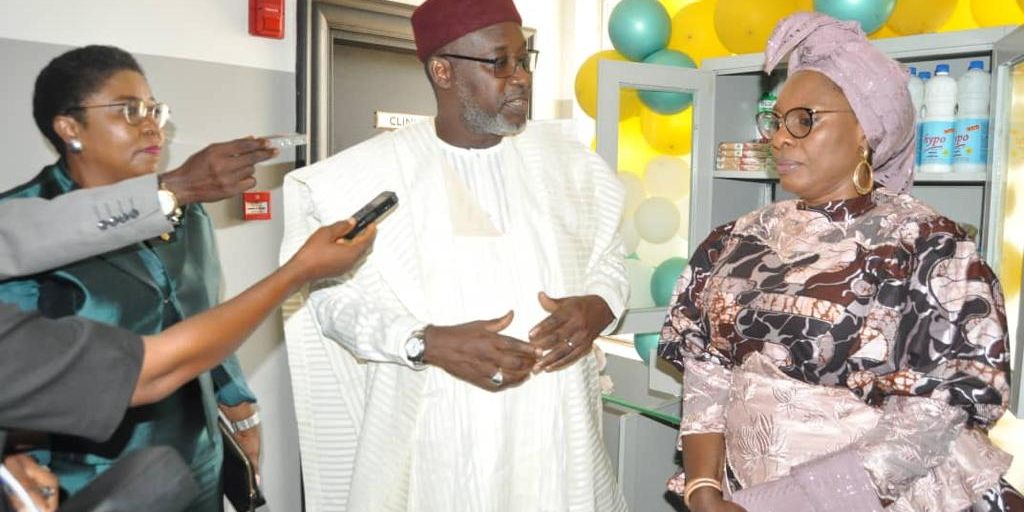 The Federal Ministry of Water Resources has unveiled a “PAD BANK” for female staff of the Ministry.

The Minister stated that the provision of a Pad Bank in the Ministry was part of the activities to commemorate 2022 Menstrual Hygiene Day (MHD) which was celebrated on 28th May.

Engr. Adamu stated that the initiative was to support career women through the provision of free pads to female staff and visitors who may have emergency flow in the office.

The Minister reiterated the Ministry’s commitment to the welfare of all the staff and that no female staff of the Ministry should be held back due to natural body function in line with the theme of this year’s MHD which was “Making Menstruation a normal fact of life”.

He promised to ensure that the Pad Bank would be continuously replenished on quarterly basis and pleaded with staff not to abuse the process.

Pauline stated that having a Pad bank in the Ministry is in line with the mandate of Ministry of Water Resources and Ministry of Women Affairs in the promotion of women hygiene.