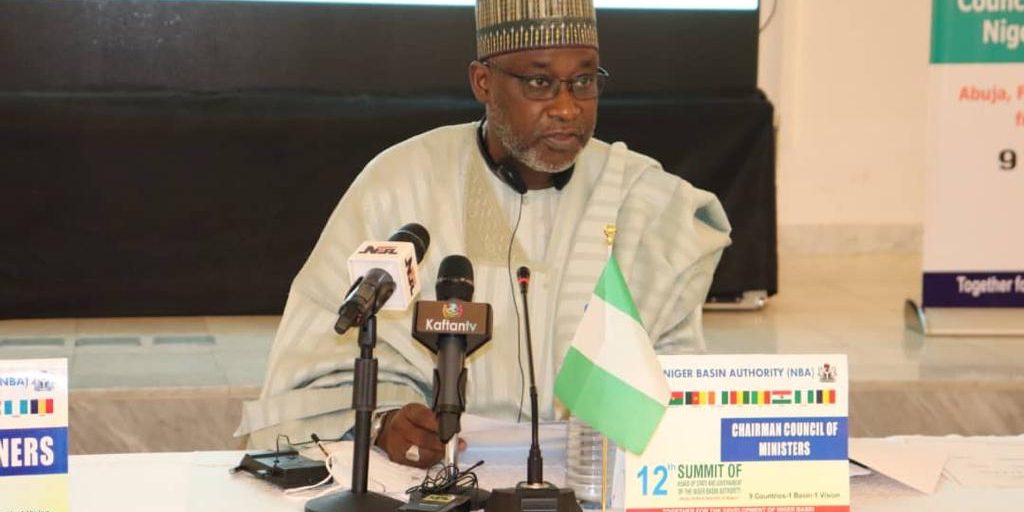 In his address, Engr. Adamu noted that the decision by the Federal Government to implement the Kazaure Water Supply Project was a direct response to the deplorable water situation in the area and in accordance with the policy of Buhari administration to improve the living standard of Nigerians and leaving no one behind.

The Minister said that Federal Government’s direct involvement in the provision of water supply facilities is an intervention that is meant to accelerate access to potable water in the country towards meeting national and international set targets. Where such intervention water facilities has been completed, the usual practice is for them to be handed over to State Government, Local Governments or Communities for operation and maintenance depending on the nature and size of the facilities. Speaking further, Engr. Adamu reiterated that the provision of potable water supply and sanitation is the responsibility of the three tiers of government. The Federal Government, through the Ministry of Water Resources, provides policy framework, general coordination, monitoring and evaluation. The states and local governments are expected to provide potable water to citizens living in the urban and rural areas respectively.

Engr. Adamu, therefore commended the Executive Governor of Jigawa state for matching his words with action on the signing of  MOU at the flagging off of the project on March 8, 2018, approving and ensuring the construction of the required 28.6 km distribution network and fetching points to make the potable water processed from the scheme available to the people.

Kazaure Water Supply Scheme, Engr. Adamu said has been completed to the highest level of quality. It has a total design capacity of 10MLD to serve an estimated population of 500,000 people resident in Kazaure town and environs. Simlarly, the quality of the treated water from the scheme has been subjected to laboratory testing and found to be acceptable within the national and international standard for drinking water.

The Minister expressed his optimism that the water facilities will be sustainably operated and maintained so as to provide long term service to the people whilst expressing his deepest gratitude to President Muhammadu and his colleagues in the Federal Executive Council for giving the required approvals and financial support for the implementation of the project.

In his speech, the Executive Governor of Jigawa State, His Excellency Alh. Mohammed Badaru Abubakar said that his administration and the good people of Kazaure will continue to support and cooperate with the administration of President Buhari and promised that the State Government will double her effort to ensure that every citizen of Jigawa State has access to potable water.

The Honourable Commissioner of Water Resources, Jigawa State, Hon. Ibrahim Garba Hannun Giwa noted that the Water Supply Scheme that is meant to serve the people of Kazaure town and environs will go a long way to boost their efforts in their desire and determination to be the number one State in Nigeria to achieve State Wide Open Defecation Free (ODF) Status.